CARMENES instrument, designed to search for extrasolar planets from the 3.5-meter telescope of the Calar Alto Observatory, has allowed to find two planets around the Teegarden´s star, one of the closest known. With masses similar to Earth's, their temperatures could be warm enough to support liquid water on the surface, according to the study published in the journal Astronomy & Astrophysics.

"We have been observing this star with CARMENES instrument since the beginning of this project three years ago, in order to measure its movement with great precision", explains Mathias Zechmeister, postdoctoral researcher at the University of Göttingen (Germany) who heads the study. 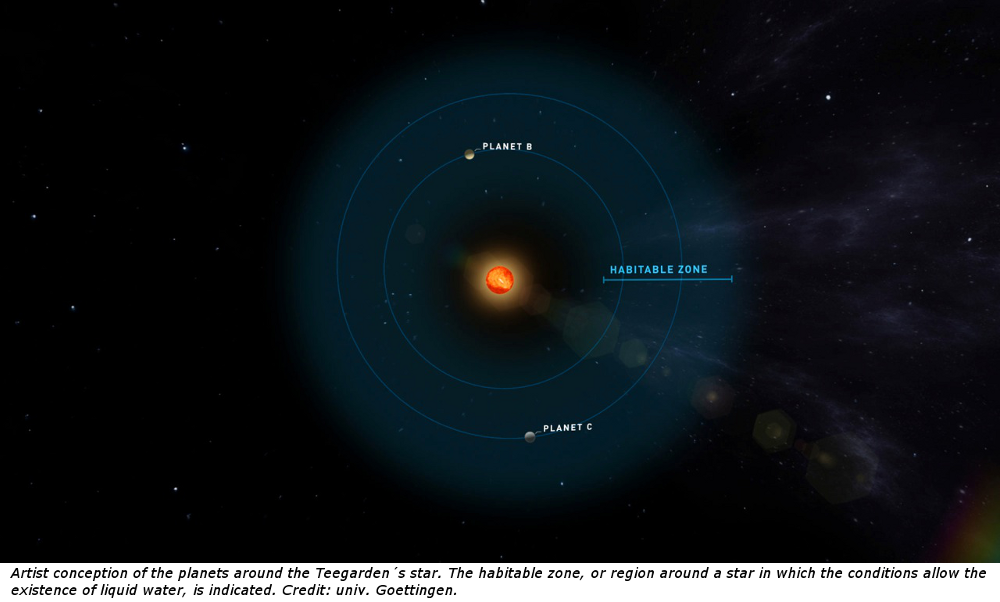 The planets were found thanks to the Doppler technique, which allows to detect the small movement that the planets produce in their star when turning around it. However, the search for terrestrial planets around stars similar to the Sun is complex because the speeds are so small that they cannot be detected with current technology. That is why CARMENES, which can measure them with a precision of one meter per second, focuses on red dwarfs (or M dwarfs), smaller stars that offer the conditions for the existence of liquid water in nearby orbits and in which we can detect the movements produced by planets similar to ours.

"CARMENES is the first high precision operating spectrometer specifically designed to find planets using this red dwarf advantage", adds Mathias Zechmeister. The temperature of the Teegarden´s star is only 2600 degrees (almost half of the 5500 degrees of the Sun), is 1500 times weaker and ten times less massive than our star. As a result, it radiates most of its energy in the red and infrared wavelengths, which makes it an ideal target for CARMENES, which operates simultaneously in the visible and infrared.

Doppler measurements of the Teegarden´s star showed the presence of at least two signals, now identified as the two new exoplanets, named Teegarden's star b and c. To obtain a solid detection it required the collection of more than two hundred measurements; based on the measured movement, researchers have deduced that the Teegarden´s star b planet has a mass similar to that of the Earth and completes an orbit around the star every 4.9 days at 2.5% of the Earth-Sun distance. On the other hand, Teegarden´s star c is also similar to Earth in terms of mass, completes its orbit in 11.4 days and is located at 4.5% of the Earth-Sun distance.

Since the Teegarden´s star radiates much less energy than our Sun, the temperatures on these planets should be temperate and could, in principle, harbor liquid water on the surface, especially on the outermost planet, Teegarden´s star c. This type of planets is the main objective for future searches of life beyond our Solar System.

AN IMPORTANT MILESTONE OF THE CARMENES PROJECT

Unlike the previous discoveries of CARMENES, in which measurements of several instruments were combined, all the high-precision Doppler measurements and the follow-up observations used for this finding have been obtained by the CARMENES consortium. Several groups within the consortium used smaller diameter telescopes to monitor changes in the star´s brightness in order to rule out alternative explanations for the existence of planets, such as stellar spots or other surface features. Follow-up activities included intensive photometric campaigns in the 1.23m Calar Alto / CSIC Telescope, the Sierra Nevada Observatory (IAA-CSIC) and the Joan Oró-Montsec Telescope (IEEC), among others. 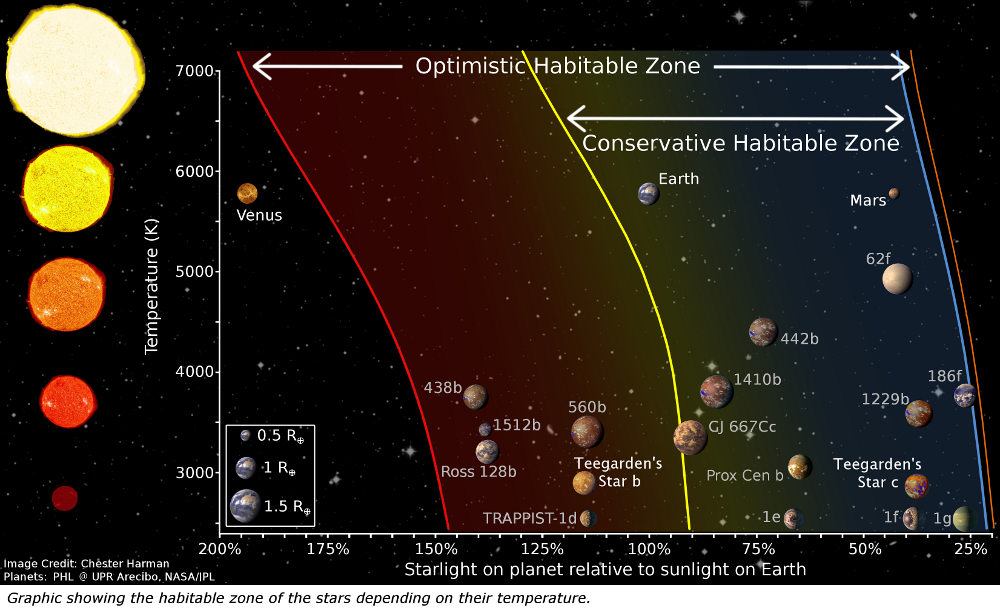 "The unique characteristic of our instrument, which can observe simultaneously in the visible and in the near infrared, is fundamental to confirm the nature of the signals detected with both channels as due to the presence of planets in orbit, since in this case the amplitude of the signal does not depend on the channel with which it is measured, contrary to what happens when the signal is due to intrinsic variability of the star", says Pedro J. Amado, astronomer at the Institute of Astrophysics of Andalusia (IAA-CSIC) and co-principal investigator of CARMENES.

The two planets can be part of a larger system, since very low mass stars tend to have densely populated planetary systems.

"This discovery is a great success for the CARMENES project, which was specifically designed to search for planets around less massive stars", says Ignasi Ribas, researcher at IEEC (ICE/CSIC), and CARMENES project scientist. The new planets are the tenth and eleventh in the count of the discoveries of exoplanets made with CARMENES. The search continues.

CARMENES is a unique instrument in the world, both in precision and stability, which works in vacuum conditions and with controlled temperatures up to the thousandth of a degree.

CARMENES has been developed by a consortium of eleven German and Spanish institutions. In Spain the Institute of Astrophysics of Andalusia (IAA-CSIC), which co-leads the project and has developed the infrared channel, the Institute of Space Sciences (ICE, IEEC-CSIC), the Complutense University of Madrid (UCM), the Institute of Astrophysics of the Canary Islands (IAC) and the Center of Astrobiology (CAB, CSIC-INTA). It has obtained funding from the Max Planck Society (MPG), the Higher Council for Scientific Research (CSIC) and the members of the CARMENES consortium, with contributions from the Spanish Ministry of Economy and Finance (MINECO), the states of Baden-Württemberg and Lower Saxony, the German Foundation for Science (DFG), the Klaus Tschira Foundation (KTS), the Junta de Andalucía and the European Union through FEDER / ERF funds.