CARMENES, an outstanding novel astronomical instrument, which has been designed to look for Earth-like planets, has successfully passed first “on-sky” tests at the telescope. Scientist and engineers of Calar Alto Observatory have participated in the design and construction of the new “planet hunter”. After five years of preparation, the highly complex instrument was for the first time used in November at the 3.5m telescope of the Calar Alto Observatory near Almería in southern Spain, which is operated jointly by the Max-Planck-Society (MPG) and the Spanish National Research Council (CSIC). CARMENES has been designed and built by a large international consortium of eleven institutions in Germany and Spain. The instrument consists of two spectrographs to analyze the visible and the infrared light coming from celestial bodies. Both have been optimized for the discovery of planets orbiting nearby stars. Thus, observations with CARMENES will be an important milestone for one of the most exciting areas of space exploration - the search for a second Earth. 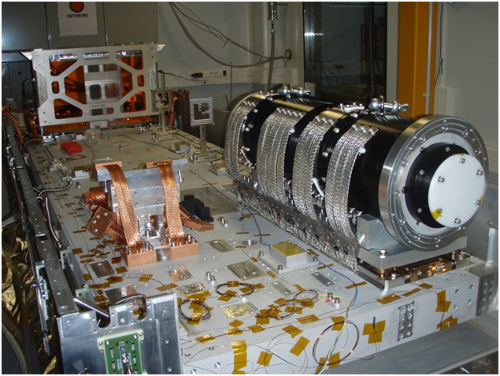 By looking for planets around other stars outside of our own Solar System, researchers want to understand how and where these bodies form, and whether they offer conditions that may sustain life. By now, more than two thousand of these so-called exoplanets have been discovered.

“However, most of them are hostile to life”, explains Prof. Andreas Quirrenbach, who is an expert for exoplanet searches and the leader of the CARMENES team. “Therefore we will look for planets orbiting so-called M dwarfs. These are very small stars, which offer temperate conditions for planets in close orbits, where we can detect them with CARMENES.”

“And because M dwarfs are much cooler and redder than the Sun, emitting most of their light in the near infrared part of the electromagnetic spectrum, we built a unique spectrograph sensitive to this infrared light. This is the true innovation of CARMENES, no other instrument can do this”, adds Dr. Pedro Amado, who is the Spanish project leader and the scientist in charge of building the infrared spectrograph. 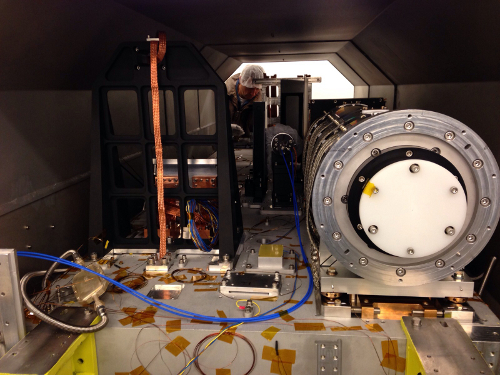 Furthermore, the long life-time of these kind of stars and their possible planets provide a necessary condition needed for allowing a long-standing biological evolution. Recognizing the importance of this search, the observatory has allocated at least 600 nights of observing time with its largest telescope to it. “Focused projects of this size are very rare in modern astronomy” comments Dr. Jesus Aceituno, the observatory’s deputy director. “With CARMENES in operation, Calar Alto will become a global reference for Earth-like-planet searches and will be placed in the front line of astronomical instrumentation."

The direct detection of exoplanets on images is complicated and a big challenge due to the glare from their parent stars, which are not only a billion times brighter but also very close to them. Scientists therefore take advantage of the gravitational pull exerted by planets on their host stars.

“Star and planet circle each other like figure skaters holding each other’s hands and spinning around”, says Dr. Ignasi Ribas, who is in charge of planning the CARMENES observing program. “But if one of the skaters is very small and light, the other will only have to move a little bit.” 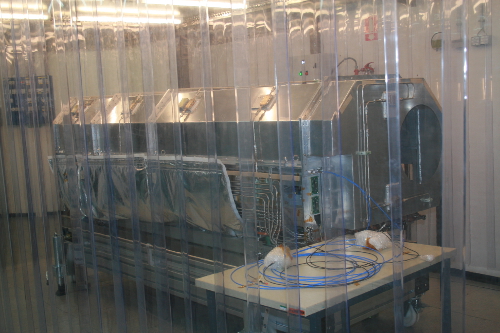 In the case of stars and planets, the disparity of their masses is so large that the star moves only at a truly pedestrian speed of a few meters per second, while the planet zips around it with kilometers per second and even faster than a Saturn-V moon rocket. But it is the slow motion of the star that gives away the presence of the planet, because it gives rise to tell-tale wobbles of lines in the stellar spectrum called Doppler shifts. These wobbles or line shifts are small periodic changes of the observed spectral color of the star due to its relative motion along the line of sight towards or away from the observer. But due to its cutting edge technology these small shifts are in fact detectable with CARMENES.

Dr. Walter Seifert, who was responsible for the construction of the visible spectrograph, points out: “We have to make the instrument stable enough so that we can measure these very small motions of stars towards us and away from us during their orbital dance.” 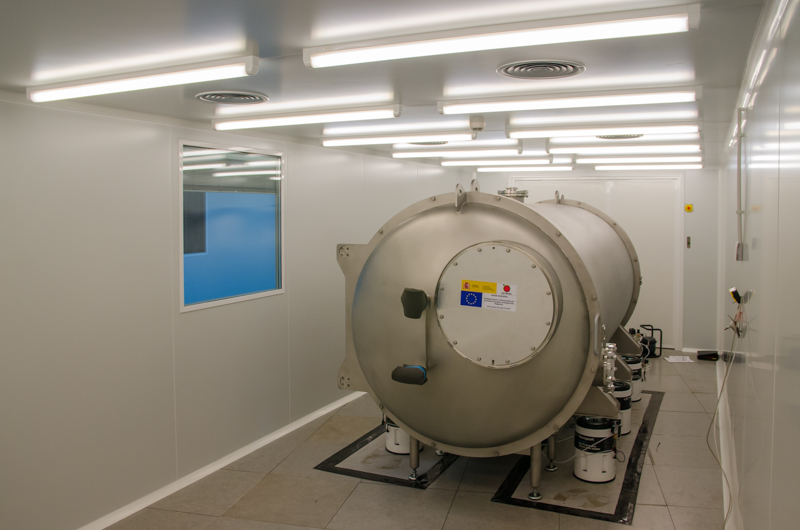 “The combination of data from two spectrographs will provide us with much more information than any previous similar instrument and thus help us discriminate spots on the surface of the stars from orbital motion caused by planetary companions,” remarks Prof. Ansgar Reiners, who has made detailed calculations of what CARMENES will be able to measure. “We are therefore hopeful that we will discover dozens of potentially habitable planets over the next years.”

To make this possible, the performance of CARMENES has been characterized and optimized during the past few weeks. The team expects to collect the first scientific data already on the first day of 2016.

The eleven member institutions of the CARMENES Consortium are:

CARMENES is funded by the Max Planck Society (MPG), the Consejo Superior de Investigaciones Científicas (CSIC), and the members of the CARMENES Consortium, with additional contributions by the Spanish Ministry of Research, the state of Baden-Württemberg, the German Science Foundation (DFG), the Klaus Tschira Foun-dation (KTS), the Junta de Andalucía, and by the European Union through FEDER/ERF funds.