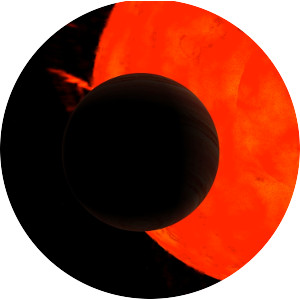 An exoplanet is confirmed for the first time using an instrument built by the Calar Alto Observatory. It is the first planet orbiting a giant star whose confirmation is beyond any doubt.

The planetary nature of an object orbiting the giant star KIC 8219268 has been confirmed by using the radial velocity technique and the Calar Alto Fiber-fed Echelle spectrograph (CAFE), the first instrument built by the Spanish-German Astronomical Center, in Almería, Spain. Researchers from the Center of Astrobiology (CAB, INTA-CSIC), the Max-Planck Institut für Astronomy (MPIA, MPG), Centro de Astrofisica e Departamento de Física e Astronomia (Universidade do Porto), Instituto de Astronomía (UNAM) and from Calar Alto (CAHA), in Spain, Germany, Portugal and Mexico have applied this well understood methodology and have obtained a mass similar to Jupiter. The planet, named Kepler-91b, is located extremely close to the star. This is the first planet ever confirmed based on data acquired from Calar Alto Observatory.

The star KIC 8219268 was identified by the satellite Kepler and identified as potentially harboring a planet with a orbital period of 6.246580 days, due to small periodical dims in the Kepler light curve. As a planet host candidate, it was named Kepler Object of Interest 2133. By analyzing the exquisite data, our team inferred the presence of a planet with a mass slightly lighter than Jupiter, orbiting very nearby the central star, at about 2.32 stellar radii. This was achieved by analyzing the light curve modulations due to the presence of a planet, the transit dim provoked by the tiny stellar occultation by the planet, and asteroseismic signals due to the oscillations in the star itself. Thus, the Kepler team assigned the name Kepler-91b for the planet.

We concluded that Kepler-91b could be the previous stage of the planet engulfment, and it would be the closest planet to a giant star. With a slightly elliptical orbit, the central star should subtend an angle of 48 degrees at the closest approach, covering around 10% of the sky as seen from the planet. In addition, the planetary atmosphere seems to be inflated probably due to the high stellar irradiation.

Quasi-simultaneous works rejected the planetary nature of Kepler-91b, based on the Kepler light curve analysis and its self-luminous property. Thus, two different groups claimed that is was just an eclipsing binary with another star nearby, which might or might not be physically connected to the first two stars.

To solve this dichotomy in the interpretation, which leads to totally opposed conclusions, we have collected high-resolution spectroscopy with the Calar Alto Fiber-fed Echelle spectrograph (CAFE). It has been the first instrument ever built at the observatory and it works with the 2.2m telescope under very strict and controlled conditions. The radial velocity technique was used to detect a planet for the first time in 1995 and since then 573 planets in 429 planetary systems have been confirmed using this method, making it the reference in the exoplanetary studies. Our data independently confirm the presence of a planet with a mass of 1.09 Jupiter masses, a value fully compatible with our previous estimate based on the light curve modulations. Thus, a spin-off result is the validation of the light curve modulation as a bona-fide planetary confirmation technique. The paper describing these results, led by Jorge Lillo-Box and David Barrado, has been accepted by Astronomy & Astrophysics Letters.

A Spanish-German consortium is building a new state-of-the-art optical and near-infrared spectrograph, called CARMENES. Its goal is to hunt for rocky planets orbiting around cool stars. It is expected to see first light in late 2015 and it will work at the CAHA 3.5m telescope. CAFE at the 2.2m telescope has become a stepping stone for the techniques and observing strategies which will be applied to CARMENES, bridges the gaps during these months until CARMENES arrives and also is covering a unique niche in the complex ecology of exoplanets. 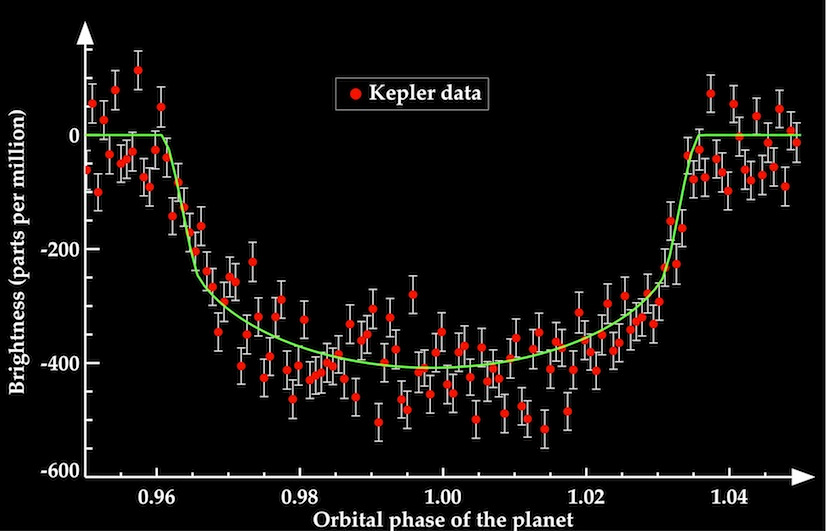 Figure 1:The dim in the brightness in the light curve of KIC 8219268 (aka KOI2133 and Kepler-91). This is the initial signature of the presence of a planet orbiting around the star. 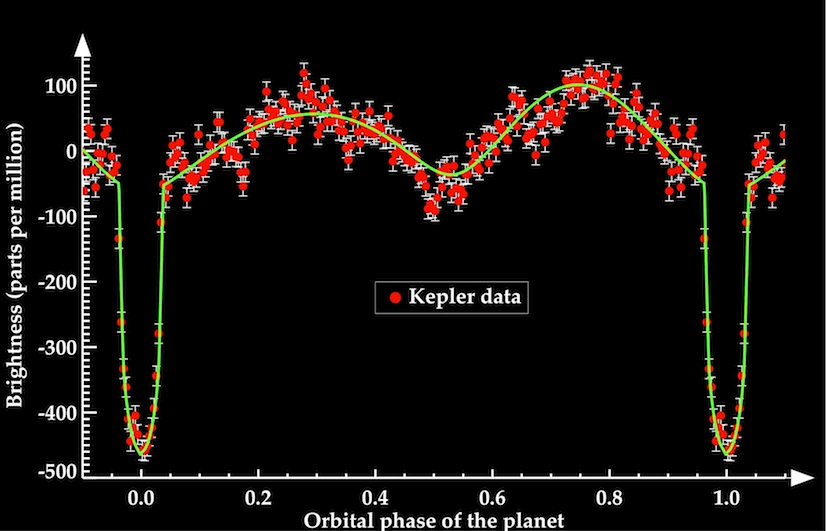 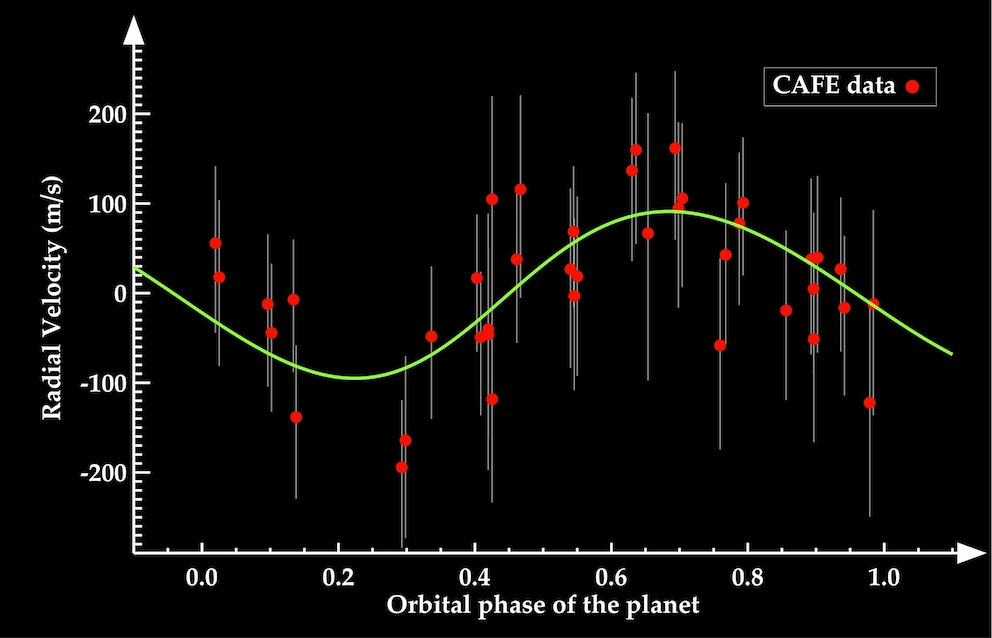 Figure 3: The radial velocity data collected with the CAFÉ spectrograph at Calar Alto Observatory (red circles). The solid black green shows our current solution based on the spectroscopic data. The agreement for the mass of the planet with the results from the Kepler light curve is excellent, confirming the planetary nature of Kepler-91b in a totally independent way. 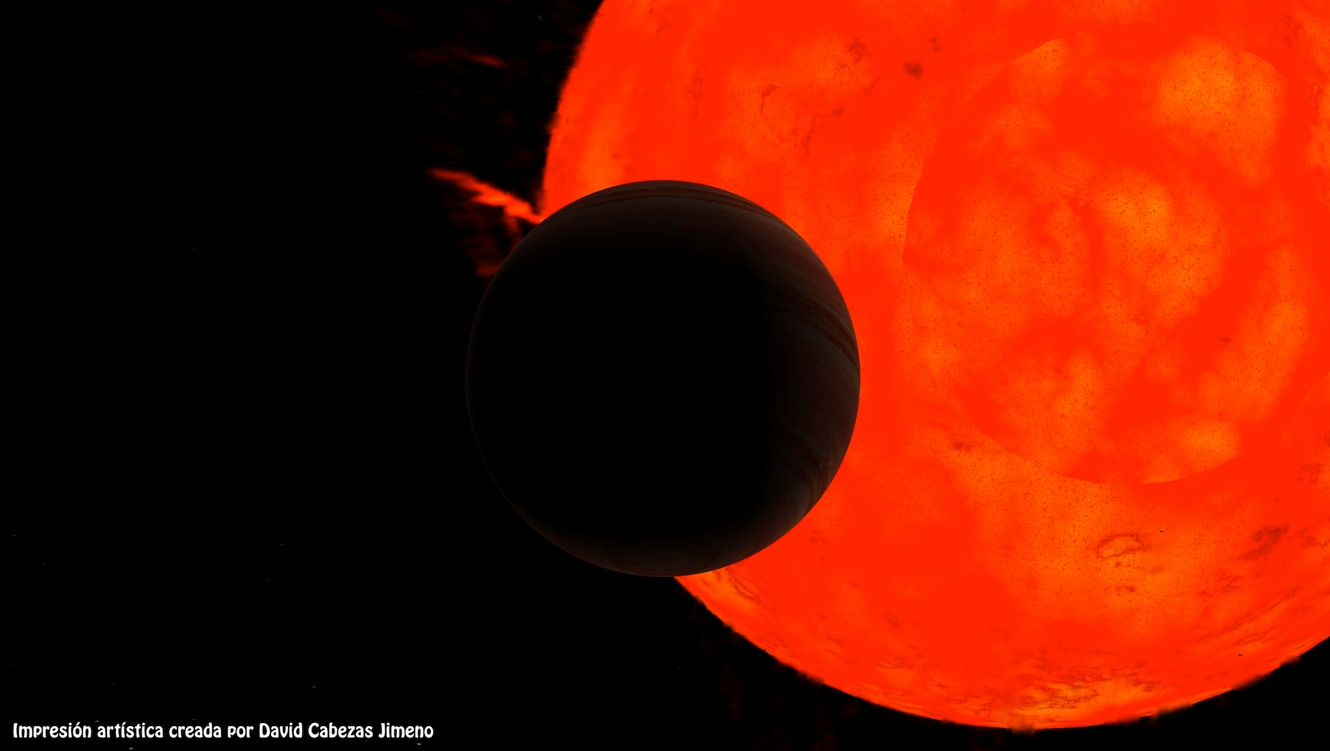 Figure 4: Artistic rendering of the red giant star and the planet, as it crosses the stellar disk, producing a dim in the light curve (Credit D. Cabezas).

Figures at high resolution at: