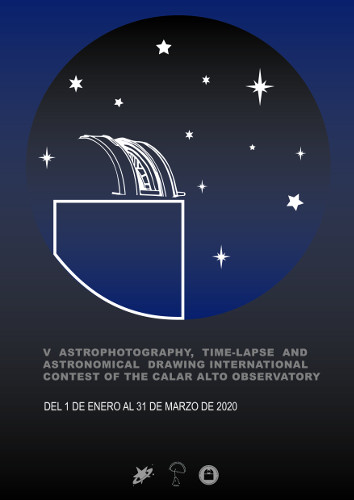 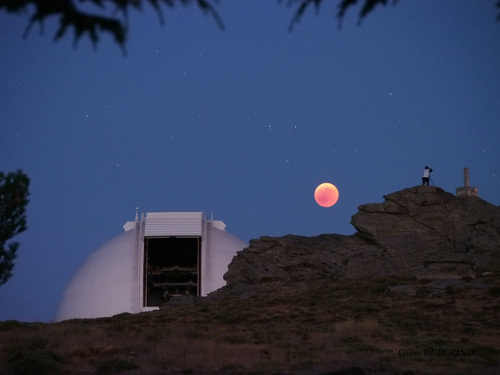 After the total lunar eclipse of July 27th and Mars opposition on July 31st, this summer 2018 brings another spectacular phenomenon visible to the naked eye, easily observable from Calar Alto, and surroundings, by mid-August: the Perseid meteor shower.

For many, the summer season is the ideal moment to observe the sky at night, benefiting from warm and clear nights during the holidays. The good (and hot!) weather this summer 2018 already allowed most people in Spain to observe a beautiful total lunar eclipse in dusk on July 27th.

But another amazing celestial phenomenon has already started: from the 3rd week of July up to the 4th week of August, shooting stars are more frequently seen. Most of them come from the Perseid meteor shower. Around these dates, the Earth orbit indeed passes through the tail of debris of comet Swift-Tuttle.

The comet sand-sized dust grains shocking at high velocity (around 200,000 km/h) disintegrate by friction in the upper atmospheric layers, leaving a brief but bright trace in the sky. With some patience and looking upward under dark skies, many Perseids are visible all-sky around to the naked eye.

Shooting stars from the Perseid meteor shower seem to originate from the Perseus constellation, rising to the NE in the second half of the August nights. The activity peak of the Perseids is expected during the night from August 12th to 13th, with an estimated rate of up to a hundred meteors per hour.

The little illuminated crescent Moon this year promises a good Perseid hunt for stargazers. From any dark site offering an ample view of the celestial sphere, you may catch a meteor every minute or so. Astronomers at Calar Alto won’t be able to observe shooting stars with their large, narrow-field telescopes, but some of the brightest (the so-called fireballs) will be catched by the observatory dedicated webcams (part of the SMART network), with a “smoke” trace remaining visible for seconds.

Many people should go up to the Calar Alto mountain to have spectacular views of the Perseids from the best sky in Europe. The observatory reminds that the conditions to observe the Perseids will be as good in areas of the mountain located some hundreds of meters, or a few kilometers away. In these areas you may park, whether you are going up to the observatory from the Aulago road (from West) or from the Bacarés/Gérgal/Serón road (from East).

Be respectful of the other people observing, and enjoy at dark the beautiful Calar Alto skies and (shooting) stars this summer!