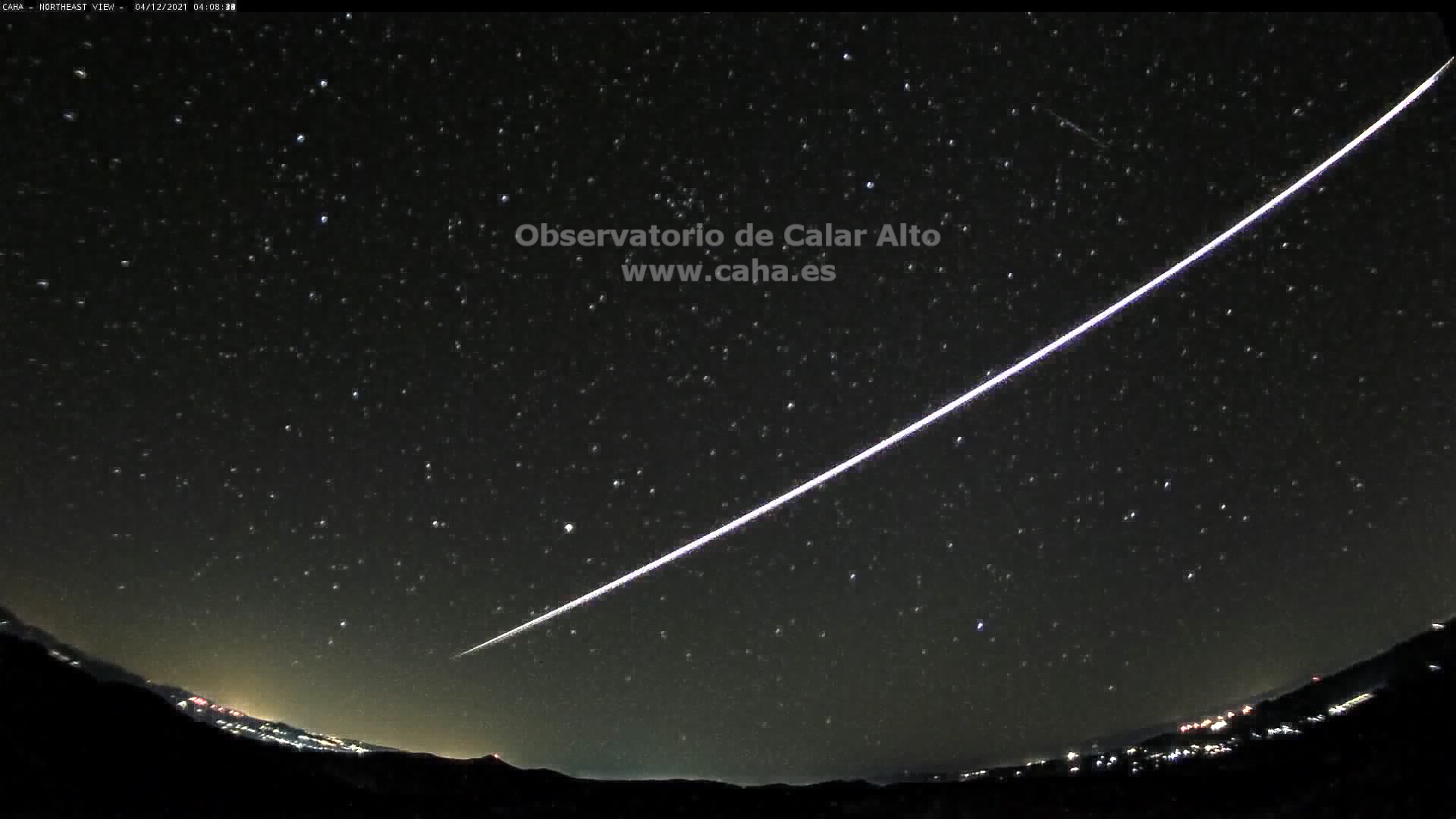 At 04h08 UT of last December 4th, an impressive fireball crossed the skies from North Africa to south of Ibiza Island.

As the angle of penetration into our atmosphere was very low, the object bounced off the atmosphere. Its final altitude was higher than the initial one converting  it into an Earth Grazer fireball.

Some of the external cameras of Calar Alto Observatory, also recorded this event.

As usual, Professor José María Madiedo (Instituto de Astrofísica de Andalucía IAA-CSIC) the SMART Project PI, has carried out the preliminary analysis of this object and his first conclusions (more research are ongoing on this object) have been as follows: 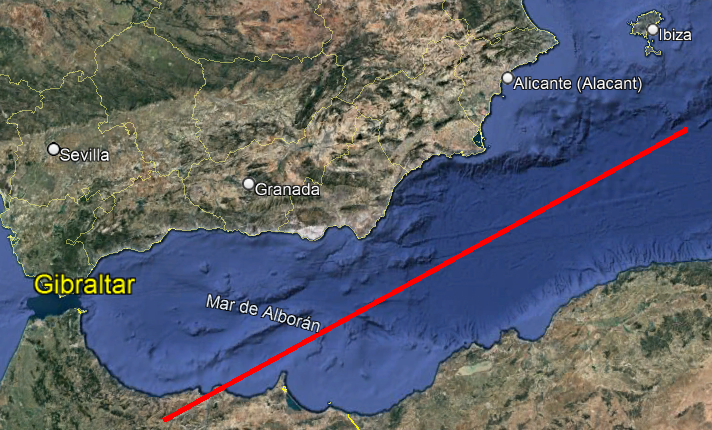 Below are the Awesome videos registered with the Calar Alto Observatory external cameras and the SMART Project camera.

1. Start of the fireball

2. Continuation and end of the fireball